Stephen Covey’s 7 Habits of Highly Successful People was truly a classic. It was based on his research. Since then, the formula ‘x things y people do’ has been so over-used that seeing another number with habits, things, words simply makes me nauseous. What are the habits of a celebrity? The assumption behind this question is that if you acquired these habits, you would somehow become successful and /or famous just like the celebrity whose habits you worked so hard to integrate into your routine. 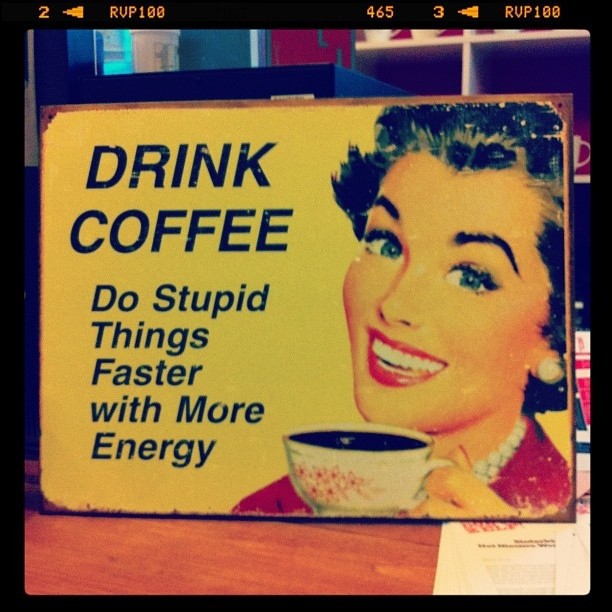 Who are these successful and famous people and why do they always do seven or eight things, sometimes even ten things. And what are those things really? Rolf Dobelli in his book ‘The Art of Thinking Clearly’ published by Harper, takes apart many of the myths circulating in the media, pop psych literature and the internet about successful people. This article is inspired by his bestselling book.

Successful people brush their teeth for one. If they didn’t, their teeth will look yellow and their breaths would smell and therefore, people will reject them.They also refrain from screaming and shouting in public. If they yell at their employees, they certainly don’t do it on camera otherwise they would never be successful.

Well these were two things all great and successful people have in common. But let us now look at 7 stupid things celebrities believe (and are successful in spite of these), and even many unsuccessful people consider these as true (perhaps that is the reason for their failure):

1. The habits of successful people somehow lead them to success. If we are talking about financial success, evidence points to er.. randomness. Nassim Nicholas Talib in his book ‘The Black Swan’ argues that there is so much randomness and near chaos in the financial world, that for anyone to predict – based on a given number of habits – that someone will be a success is next to impossible.

3. Team work is better than individual work. This belief is also absolute nonsense, unless you are Japanese or work in some really progressive organizations. I know at least one organization in Pakistan which has mastered team work almost to perfection, and that is the Maple Leaf Group. Pretty much everywhere else, it’s a nightmare.

Team work in America, Europe and most of Asia and Africa, means that one or two people in the team do most of the work while others chill out. In psychology, we call it diffusion of responsibility. In my psychology class, I have noticed this phenomenon in group assignments every single time. I am sure teachers all over the world would bear witness to this. In Japan, people work well in teams. I work closely with an organization in Pakistan which seems to have its act right as far as team work is concerned. Everywhere else, individuals put in less effort in teams than when they are working alone.

Apart from diffusion of responsibility, there are many reasons for this. For one, individual accountability is virtually impossible in a team effort. Then the phenomenon of group-speak, when people tend to agree in groups to something they wouldn’t accept under normal circumstances, means sometimes they would just give in to more dominant members of the group. Team work in such situations turns into a dictatorship of the team leader.

So if you want to make team work a success, put people with different sets of skills together. Teams that comprise only one skill type, have few workers and many talkers, leading to inefficiency and greater conflict. Every member of team must also be held accountable for individual performance. These are some of the lessons we have learned from research on team work.

If these factors are taken into account, teams can and do out-produce their competitors up to not by a factor of 10x but 100x.

4. Success stories tell us how to achieve success. They don’t. People who have failed do not write books about how they failed. Only successful people do. And stories are exactly that, they are stories. Most are constructed in hindsight. The fact that our memories are imperfect and self-serving adds to the conundrum. At best, success stories help successful people make sense of their experience of achievement. For others, they are not worth much.

Next time you pick up a biography to peruse through, read it with a grain of salt.

5. Consensus is better than majority, and majority is better than minority. We believe in democracy as a political system and therefore assume that the above principle is valid ubiquitously. Not true. History is full of examples where most people on any given issue were wrong but an inventor or innovator proved them wrong. I still recall how in the Dartmouth Community for Divestment, a group of students protesting against Dartmouth College’s investments in companies doing business in the Apartheid-ruled South Africa in the 1980’s, the requirement of decision making by consensus led to paralysis most of the time. It was only on few occasions, that bold decisions were made, and that too by few individuals acting independently.

Again, I am not denying the value of consultation, only that important decisions must not be left to consensus-based process, which is not only inefficient but also renders people vulnerable to hidden agendas of de facto leaders.

6. If something is unlikely, it wont happen. Whenever someone suggests something unlikely, the experts pounce on them. These self-appointed gurus of the world calculate probabilities and predict what is likely to happen. But they are mostly wrong, because the unpredictable always happens. The unpredictable does not follow the laws of probability.

This is the central theme of many of Nassim Talib’s books who is the professor of uncertainty at MIT. It is the unlikely event that changes the course of history precisely because it is unexpected.

Businesses that thrive on predictability and reliability collapse sooner or later. Companies that seek to renew themselves every once in a while are not necessarily fluid but are anti-fragile. They thrive on uncertainty.

Almost every business in the capitalist world starts with a business plan. The plans are as detailed as they can be and the lenders assess these for loans and credit against tools that are very risk averse. Yet a majority of these fail soon after they are launched.

There are in reality many others stupid things intelligent people believe because there are many books and articles proclaiming these things. And just because something is written in a book, doesn’t make it true.

You can learn more about services provided by Mind Games by clicking on the following button:

One Reply to “7 Stupid Ideas Celebrities Believe but You Should NEVER, Under any Circumstances!”